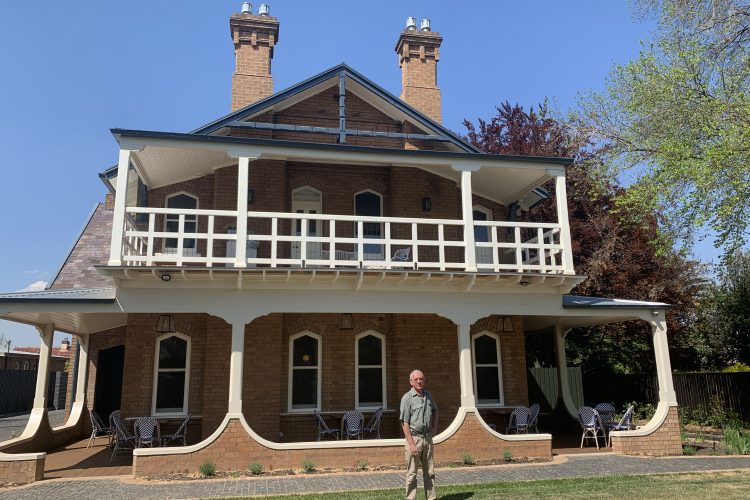 Specialising in restorative building, Phil Daniel new exactly what he was taking on when he was asked to work on returning Yallungah House to its former glory.

He had been accompanying local land-owners David and Elizabeth Nock on their hunt for the perfect Orange heritage building for some time before Yallungah House came on the market.

“Phil has worked with us on two developments before Yallungah, so we knew that he was a person who has infinite patience and skill in repairing old buildings,” Mr Nock said.

Phil adds, “David had been looking for a place for years but when we left the sale of Yallungah he gave me a wink and I knew this was the one. We could tell the building was structurally sound. It had good bones and no cracks, but the roof had some water damage. The main challenge that caught our eye was getting rid of the second-rate, 1950’s additions of skillions and lowered ceilings.”

Phil started working on returning the building to its original structure soon after it was purchased, along with his building partner Bob Lewis, plasterer Geoff Clout, joiner Alan Platt and painters John Moxon and Ken Rawlings.

“Without Phil and this team of skilled craftsmen, we probably wouldn’t have considered taking on such a challenging project,” Mr Nock said. “You could tell each of them were as passionate about restoring the building and it was a pleasure to watch them work.”

The initial process of bringing the building back to its former condition took a little over a year and Phil was satisfied with the results.

“Geoff the plasterer did an amazing job replicating the original arch in another location downstairs, and painters John and Ken were just as passionate about bringing the building back to its original state.”

Using as many salvaged materials as possible, the team were determined to restore the building with its future in mind.

“We pulled things out carefully and stored it just in case we needed it,” Phil said. “A lot of the timber replaced was recovered from the back that we pulled down and we re-used it where floorboards needed to be replaced.”

“David’s wife, Liz found an old photo of the building from about 1910 and it gave us an indication of the handrails and façade that we used,” Phil said. There’s no reason the building won’t last another hundred years.”

For those who are lucky enough to stay in the Yallungah second-floor suites or dine downstairs, they are sure to appreciate the work that has gone into saving this beautiful home. 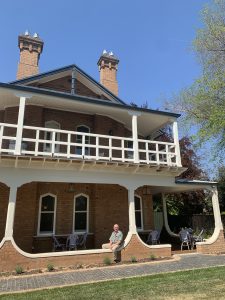